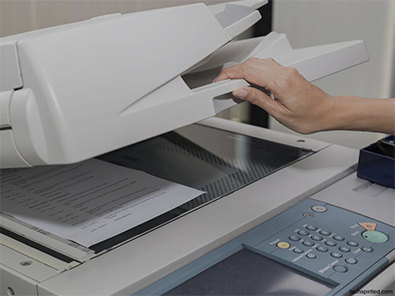 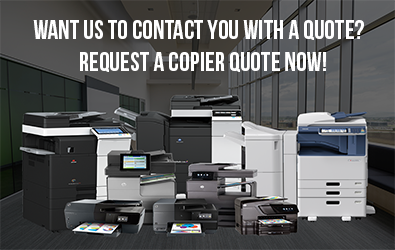 They have become more and more common in the workplace, especially in large departments, because even though they are more expensive to buy or lease, they can actually save money in the long run.

There is often some confusion when buying such items because they are both printers and photocopiers at the same time and so they appear in multiple places in manufacturer’s catalogues – or sometimes in both places at the same time.

Some of the latest copiers are essentially laser printers with extremely powerful computers attached and so they have to be treated with some care. Years ago you could easily move a copier from office to office giving it the odd bang and scrape but as they now pack in so many features, you need to be a little careful.

But what can you do with these items? Well here’s a quick run-down of some of the features to be found inside your average multi-function copier these days.

Well, you’d expect this I guess! This is the basic functionality of any copier but even this simple function has advanced and we now see copiers that can handle multi-part documents, staple and collate and even store what’s been copied for later use. Also, the resolution of copiers has continued to increase and with the advent and subsequent improvement in colour copying, the image reproduction is stunning on some high-end devices.

As a photocopier is essentially a laser printer with a scanner attached then it seems obvious that it can be used for printing. Indeed, most copiers these days will connect to a network via wireless or cable and allow computers on the same network to print to it as if it were a standard printer.

Coupled with the fact many of them are colour, this can give a boost to the output of many of your departments. Need to print of dozens of sales brochures? Well now you can with ease and speed.

At the other end of the device is the scanner. When decoupled from the laser printer this can send the scans directly to a hard disk or to another network attached device.

Need to scan lots of letters as they come in? Well one of the benefits of a multi-function printer is that they often have multi-page input trays. Simply put all the letters in the tray and let the copier scan them all into the same place on the networkable hard disk making them available to everyone.

Thought the fax was dead? Well even though it has seen a decline since the rise of email, it’s still used by many companies as their main way of reaching customers. If you need to get some information out to people who haven’t yet caught up with the Internet age, simply fax them directly from the photocopier.

All of the above!

Got a document that you need to print, collate, staple, email and then fax? Simply put the document or documents in one end of the copier, set everything up and press “go”.

Photocopiers really have made leaps and bounds in technology over the past decade and you’re sure to be able to find one that will serve you for years doing everything in one neat package.

We Work On Most Make & Models